Disclosure: This is a sponsored post containing affiliate links. We received compensation and courtesy product from Menlo Club in exchange for our honest review only. All opinions expressed here are our own. What's this?

Its style matching may be less personalized compared to some of its competitors, but after experiencing Menlo Club's fantastic value for money and unique membership perks for myself, it’s no surprise that they’ve rapidly ballooned to over 100,000 active members.

Heads up: Use code ADULTMANTB50 when signing up to Menlo Club get 50% OFF your first month’s package PLUS a FREE pair of Sunglasses.

Menlo Club has been on my long list of ‘brands I’ve gotta review’ for quite some time.

Actually, it’s been so long that the name ‘Five Four Club’ is crossed out next to it. That was this subscription service’s original name before it was rebranded to Menlo Club in January 2018.

Well, for one thing, they’re popular. They’re the cool kid.

And in the men’s fashion space, that always at least gets my attention.

I’ve also (generally) heard pretty good things about them. Especially since they’ve rebranded. They now include a wider selection of their brands as part of their subscription box, among other perks.

I touch on this in more detail below, before diving into the sign-up process, and then unboxing the Menlo Club box I got and sharing my overall thoughts on it with you.

What Is Menlo Club?

Fill out a short style quiz and bam—you get a curated package of two to three items shipped to your door on the monthly.

Well, there are a couple of things that make Menlo Club unique.

Firstly, unlike many other boxes that mix and match an ever-changing lineup of brands (Trendy Butler as an example), every Menlo Club box only features brands that fall under the ‘Five Four Group’ umbrella. These are:

In addition to the above brands, Five Four Group is the parent company for Menlo Club, as well as the company’s e-commerce site, Menlo House.

And this relates to the other thing that I think makes Menlo Club a little different from other boxes. Because they’re curating items from their own brands—they can offer perks that more general subscription boxes may struggle to offer on a consistent basis.

As a club member, you receive an additional 20% off the Menlo House store, in addition to free shipping on all your orders, which is always a plus. You also get access to custom curated content.

What Happened to Five Four Club?

If you’ve been around the men’s subscription box game for a while you’ve probably heard of Five Four Club.

With over 100,000 members as of 2017, and as mentioned in my intro, this was the original name of Five Four Group’s subscription service brand. Five Four Club was rebranded to Menlo Club in January 2018.

And if you ask me? It makes sense.

While I’m sure it was a big decision from a marketing standpoint, the truth is, they include more brands as part of their subscription box now.

The messaging is clearer.

Don’t care about marketing? Roger that. Let’s get to the review.

Signing up for Menlo Club is super simple. The quiz took me less than two minutes to complete.

First, you select your style from the below choices: 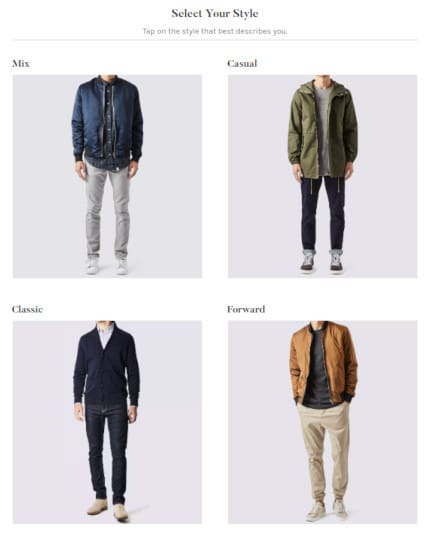 I went for the ‘Classic’ option.

Next, you enter your sizing preferences: 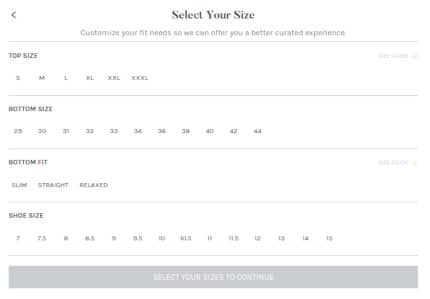 Menlo Club Unboxing: What Did I Get?

*Full Disclosure: A traditional club subscription comes in a nicely branded package. My products came in a cardboard box because the brand wanted me to see a couple different style options. Because of this, do take note that I got more than what you’d usually see in one box. A traditional New Republic club package would come with an accessory, like socks, not a jacket or shirt.

Inside my package, I found a shoebox next to some cellophane wrapped clothing.

The packaging wasn’t the fanciest thing I’ve seen; however, the Menlo Club just rebranded its packaging in 2019 to be much more eye-catching.

But with that said, as your Grandma will tell you—it’s what’s on the inside that counts.

And here’s what I got:

I found the sneakers on the Menlo House store, but the jacket and the button-up are exclusive members-only items.

When presented with a choice between a shoe box and some cellophane wrapped clothing, I’m always opening the shoe box first.

And I’m not sure if it’s because at the time I was genuinely in the market for a new pair of white sneakers, but my feeling in taking these babies out of the box was that I was off to a great start here.

The Kurt by New Republic is a white low-top lace up sneaker. It has an all leather upper and 100% rich microsuede lining.

They’re easily my favorite item from the box. To be honest, for $60 I’d be happy if these are all I got (note: they retail for $89 on the Menlo House online store). Not to mention that these sneakers were voted by GQ as the Best White Sneaker for Under $100.

They look crisp and they’re super comfortable. I’ve been catching compliments on them all over the place. They’re my new go-to white sneakers for casual wear. 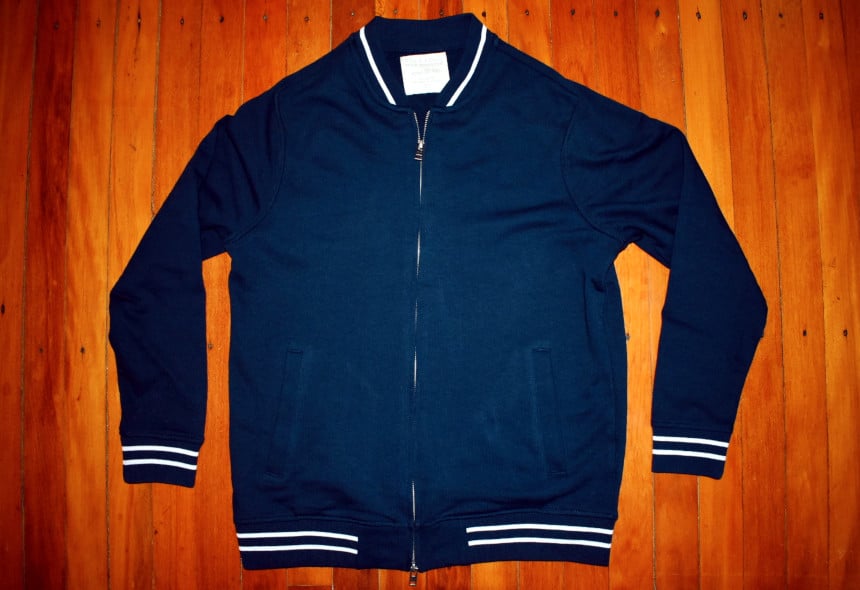 The jacket was my second favorite item in the box. It’s navy with white lines on the cuffs, waist, and collar. It’s 60% cotton and 40% polyester.

It feels decently soft but if you have any kind of feel for fabrics you’d know it isn’t 100% cotton by touching it. But you do get the benefit of added durability (and obviously affordability) with a poly-cotton blend.

I like the design. It suits my style and it fits well.

That said, I’m not huge on poly-cotton and so I’m not sure I’d buy it standalone. But I’ll definitely get some wear out of it and so I’m happy with it as part of a $60 box.

The final piece in my Menlo Club box was a charcoal long sleeve button-down shirt by Five Four. It’s 100% cotton with a single pocket.

It has buttons on the front collar (which if you’re not aware, is the reason why it’s called a button-down) and a single button on the collar at the back of the neck.

For a long sleeve plain button-down, it’s okay as a basic staple piece. And I like that it’s 100% cotton.

But would I buy it standalone?

The color and design just doesn’t grab me. And it also runs a little long on me at the waist for me which doesn’t help its cause.

This is the only item of the three that I don’t see getting much if any wear from me.

Get Started With Menlo Club

My Overall Thoughts On Menlo Club

Overall, I’m impressed with what I’ve seen from Menlo Club.

From a pure value for money standpoint, it’s one of the best ‘broadly personalized’ stylist subscription services I’ve looked at. The quality is more than decent for the price point, and when you factor in the added unique membership perks, you’re getting a solid amount of value out of your $60 monthly subscription cost.

It’s clear that building a whopping subscriber base of over 100,000 customers (again, originally as Five Four Club) has taught the brand a thing or two about delivering a positive customer experience.

Yes, I recommend poking around the Menlo House online store before signing up to make sure you’re a fan of the styles they’re offering across their four brands.

But if you’re in any way interested in the Menlo Club service, I’m confident that you won’t regret at least giving them a go.

We’re excited to share an exclusive discount code only for TAM readers:

Use code ADULTMANTB50 to get 50% OFF your first month’s package PLUS a FREE pair of Sunglasses when you sign up.

Get 50% off your first month's package plus a free pair of sunglasses from men's clothing subscription service, Menlo Club.
GET THIS DEAL
See More Deals

Manscaped Review: Should You Trust It With Your Precious Cargo?

Trask Shoes Review: Built On The Story of America

Everlane Review: Because Life Is All About The Essentials

Bluffworks Review: Is Their Suit Worth All The Hype?

MessyWeekend Review: Sunglasses and Snow Goggles to Save the World

MeUndies Review: How Soft is Too Soft?